What skills I used

The Side Effects of Life in Space was a point-and-click adventure game developed by “Who is Noah Games?!” a collaboration between Gege Zhang, Ekki and me (Gege and Ekki are now called Mildly Entertaining Games). The game was about exploring the human condition on an interplanetary journey to colonize a planet. The player would play as a Psychologist with the task of keeping everyone mentally sane and happy campers during the months long journey.

My role during the project was to create the dialogue system and tools, develop the object interaction system and help with concept art. The dialogue system was created by using Unities Scriptable objects system. These scriptable objects were modeled as nodes in a graph which would be the conversation tree. Each node in the three would either be a text node for any of the conversation participants, a choice node for the player character, conditional nodes based on items or previously set markers, a marker node for setting markers or a transfer node of objects.

An editor was created for the dialogue writer and story creator to make the dialogues in. This dialogue can be seen in the image below. The nodes can be dragged and dropped and connections between nodes can be created by dragging the line towards the node. 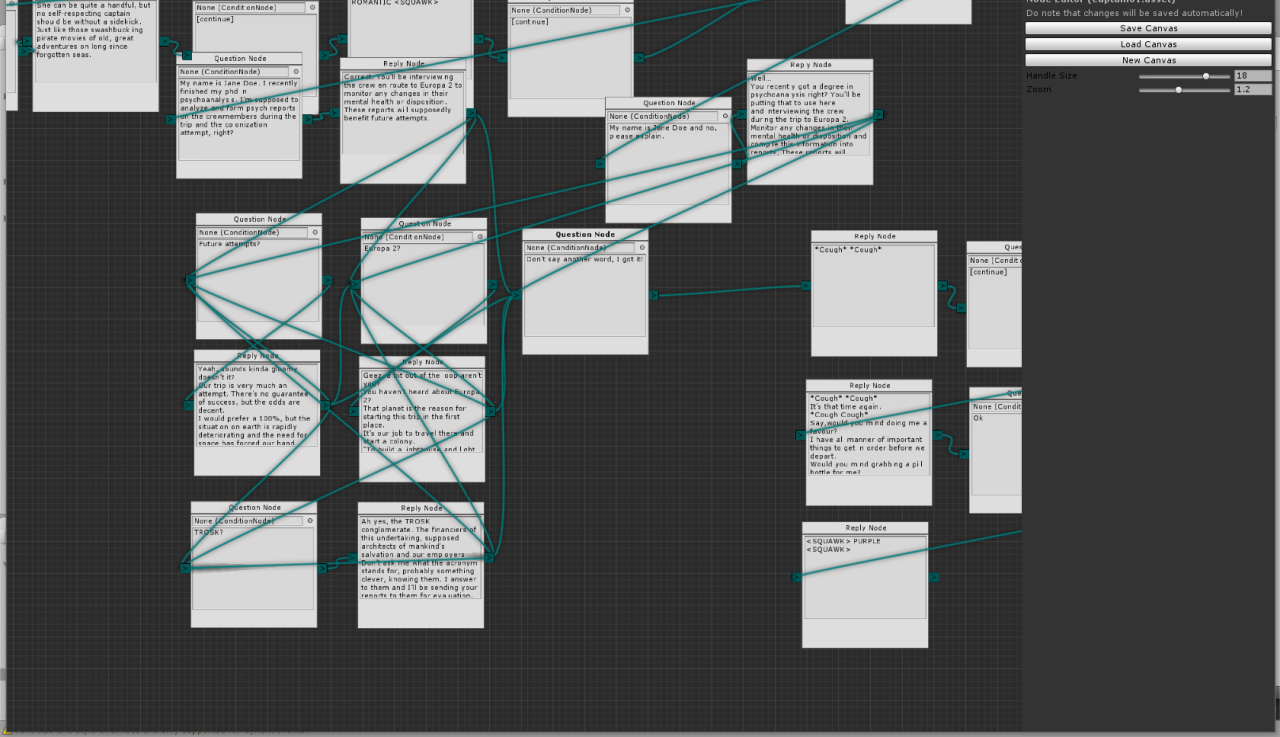